The Turkish military exercise “Crossing Through Stagnant Waters” took place in Saranta Ekklisies (Σαράντα Εκκλησιές, Turkish: Kırklareli) with the participation of troops belonging to the Army and the Navy, Veteranos reported.

According to Turkey’s so-called Ministry of National Defense, a Crossing Through Stagnant Waters Exercise was held in the Saranta Ekklisies area between February 2-5, with the participation of army and navy troops. 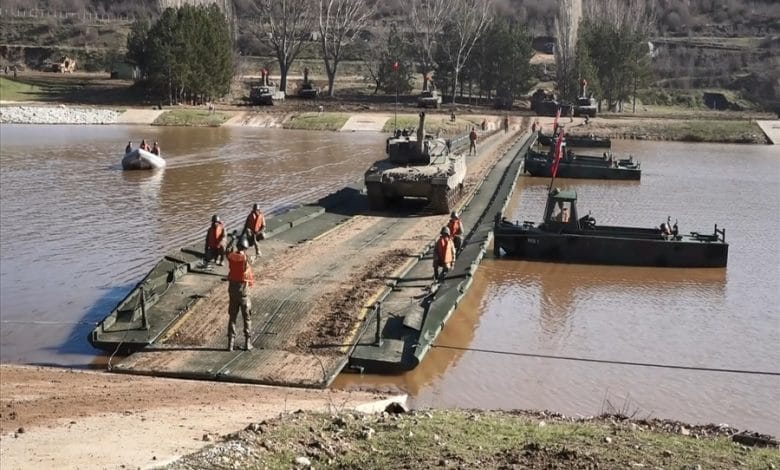 In the exercise, where tanks entered the water using Reinforced Armored Personnel Carriers, the new vehicles entered and passed over bridges that were built.

During the exercise, the mechanical capabilities of the troops and the equipment were  tested. It is remembered that the majority of Greece’s land border with Turkey, about 200km long, is on the Evros River.

READ MORE: Pictures from the new border fence being constructed in Evros: What about migrant flows?