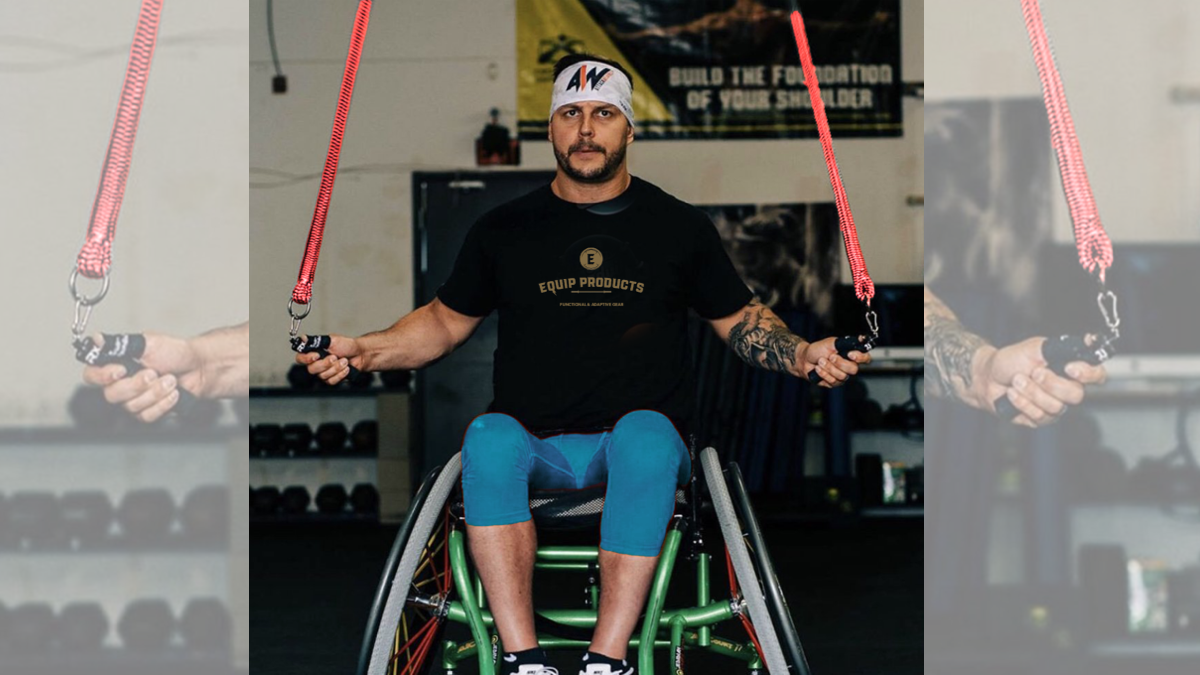 Enjoying Morning Chalk Up? Help to ensure that we can continue to be an independent voice for the community and sport we love by supporting our journalism today.

At the CrossFit Games in 2016, Dana Askew-Harris and Mark Harris talked to CrossFit adaptive athlete Kevin Ogar. At that time, Ogar was still newly-injured, learning the best practices of working out from a wheelchair.

And with that, Equip Products, one of the only adaptive athlete-devoted equipment manufacturers, was born.

The company: Dana and Mark officially incorporated in July of 2017 and now offer a wide range of equipment for people of differing abilities, with categories for seated athletes, the visually impaired, and athletes with varying upper extremity ability.

Their products: “Pretty much everything on our website and about 150 other items that we haven’t been able to market yet really happened because we started talking to the athletes,” Dana says.

Visually impaired: This is one of Mark and Dana’s newer markets.

Upper Extremity: Perhaps the best-known piece of equipment in their arsenal is the Aldridge Arm, a quick-release strap that gives single-arm athletes two points of contact during exercises like pull-ups, deadlifts, and so-on, designed for Logan Aldridge.

Seated Athletes: “Our seated athletes are always coming with something,” Dana says.

Another side of their product development is competition-specific. A notable creation is “the package,” brought to the duo by Stoutenburg, founder and head programmer of WheelWOD.

The bottom line: This is the first year an adaptive division has been included in The Open, with CrossFit aiming to make 2021 the most accessible Open in history. Dana and Mark are making this a reality, catering to the athletes’ needs so that people of all abilities can workout.

For a daily digest of all things CrossFit. Community, Competitions, Athletes, Tips, Recipes, Deals and more.