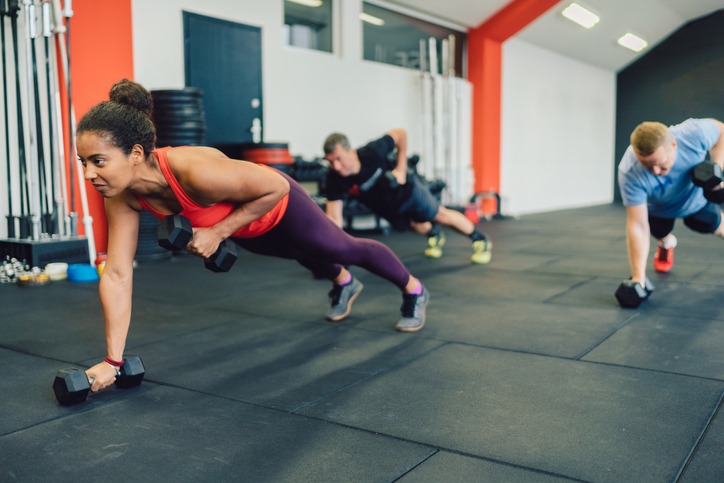 Exercise is not only beneficial for your physical health but also your mental health. Research has shown that exercise can help reduce symptoms of depression and anxiety and improve overall functioning. During quarantine, many people have filled up their free time with exercise. Though it is something that is advantageous, exercise can be misused.

When I spoke with Patience Owunwanne, a registered dietitian based in Maryland, she brought this to my attention. During our conversation about Black women with eating disorders, she said exercise is something that can be abused.

“Exercise can also be a form of purging,” she said. “People do tend to abuse exercise as a justification for being worthy of eating.”

When I looked more into it, I saw that there was exercise addiction and exercise bulimia.  According to Healthline, a person with exercise bulimia will excessively exercise to burn fat and calories instead of engaging in self-induced vomiting like someone diagnosed with bulimia.  In a study done by the International Journal of Environmental Research and Public Health, exercise addiction is defined as excessively exercising to feel a “buzz,” feeling anxious and irritable when you haven’t exercised, a reduction in time engaging in other activities so you can focus more on exercising and continuing to exercise even if it is hurting you physically or psychologically. It’s important to note that exercise abuse and addiction are also symptoms of other mental health disorders, like eating disorders.

Even though exercise is encouraged and is a positive way to spend free time, it’s important that exercise isn’t used as a way to punish yourself or use as the basis for how much you can or will eat.

“Some people tell themselves ‘I need to run ten miles before I deserve to eat lunch today’,” Owunwanne told me. “Or if they’ve had a cupcake they may say ‘now I need to spend two hours in the gym to work off that cupcake.’ People who do calorie-in/calorie-out diet tend to abuse exercise as a justification for being worthy of eating which is terrible.”

Super trainer Jole whose based in Toronto, Canada, said she also struggled with exercise abuse before she was a certified Pilates and Barre trainer.

“Before I became a trainer I was addicted to going to the gym seven days a week,” she said. “With eating I was at a point where I would look at food and just break it down to sugar [and think about how much I would have to work out] to burn off what I ate.”

Since exercise abuse is correlated to food intake and a hyper-focus on weight loss, in order to address the problem a person’s relationship with food must be addressed. For folks who struggle with excessively exercising, Jole said it’s important to assess your relationship with the foods you’re eating. It’s something that helped her as well.

“I had to make peace with food,” she added. “It’s about understanding what foods you’re bringing into your body and how those foods make you feel.”

Exercise is something that should be used to maintain or improve your health. Regular exercise helps to prevent heart disease, arthritis, diabetes and other diseases as well as reduce stress, anxiety and depression symptoms, the National Institute of Aging noted. Exercise abuse causes the opposite of these things.  If it is causing anxiety, depression, health issues, restrictive food intake or obsessive behaviors and interfering with other areas of your life, then its function in your life must be examined with the help of a medical or mental health professional. There is a difference between regular exercise and excessive exercise. According to the American Heart Association, strength training is recommended twice a week and 150 minutes per week of moderate-intensity aerobic activity or 75 minutes per week of vigorous aerobic activity is also recommended.

If you feel that you are struggling with exercise abuse or an eating disorder, you can reach out to a mental health professional or dietician in your area.