In a world full of busy brainstorming and tight schedules, more people are looking to find ways to exercise quickly yet effectively in order to get the most out of their day. Right now the conventional wisdom is that it is enough to just spend 30 minutes a day on some form of dedicated exercise.

However, new research has shown that this may not be enough if one still spends an inordinate amount of time sitting. Its findings only add more to a growing consensus that thinks it may take more than individual lifestyle change to tackle the major health challenges people face today. 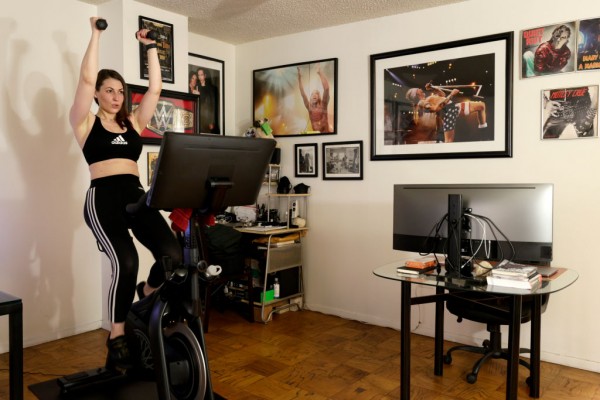 The new study combined the data of several previous studies that focused on the negative effects of prolonged sitting. The participants in the studies were all observed over the course of 14 years. On average, researchers were quick to discover that the benefits of exercising 30 minutes a day only took effect if the participant spent less than seven hours sitting.

Anything beyond seven hours and it would take about four to five hours of light exercise to reduce the risks of early death. In the end, the researchers propose that further personalization of physical exercises should be considered, while also suggesting that everyone should be more open to doing lighter activities over longer periods. (The range of these activities, in turn, should be broadened to better find one that fits well with their daily life.)

The findings echo the conclusions of other health experts who find that the human body had always evolved for more active movement than the one afforded by today’s highly urbanized, office-based economy.

Also read: Time Off in Your Exercise Routine can Actually Make You “Unfit” Faster

Movement and exercise in historical context

Despite such findings, obstacles to personalizing fitness exist on a wider scale. It highlights the growing contrast between a human body evolved for more movement and a knowledge-based economy that has come to represent human civilization for the last hundred years.

It also comes into conflict with the rise of using high-intensity workouts to offset the inactive hours at home and the office. Frequent reliance on such routines could also come at the cost of long-term health. At the end of the day, the question of exercise versus sitting hours inevitably becomes another struggle for the elusive work-life balance.

Fortunately, there have been a few proposals to deal with this growing conflict. Personalized fitness was already suggested, for example. It can also be a step in the direction of other cultural and economic changes that could enable people to be more physically active without the need to sacrifice their livelihood.

(For example, there is the possibility of reducing work hours as well as offering universal basic income to supplement any losses incurred for taking time off for other activities.)

In a way, the recent studies have done a lot to put the challenges of fitness within a wider economic context as well as historical. People may have moved about more frequently in pre-industrial times but much of it was out of poverty (or even to survive violence and warfare). A new perspective is seriously needed in order to address the conflict between healthy living and a healthy civilization.

Also read: Dor Eckstein Discusses the Impact of Exercise and Nutrition in Fitness


© 2021 NatureWorldNews.com All rights reserved. Do not reproduce without permission.